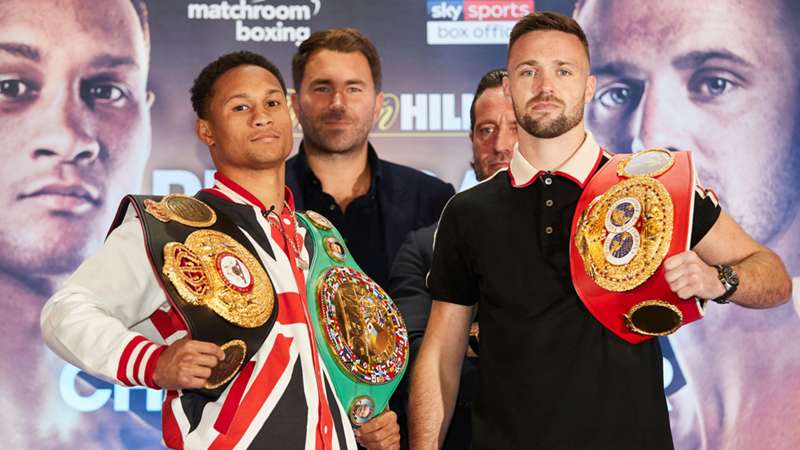 The World Boxing Super Series (WBSS) final is already a huge deal, considering WBA super lightweight champion Regis Prograis and IBF titleholder Josh Taylor are fighting in a title unification bout, with WBC/WBO champ Jose Ramirez seemingly waiting for a shot at undisputed glory. The fact that the Muhammad Ali Trophy will also be up for grabs at the Oct. 26 fight at the O2 Arena in London only sweetens the deal that much more.

DAZN News caught up with Taylor (15-0, 12 KOs), as the 28-year-old "Tartan Tornado" discussed the bout, his fighting style and more.

DAZN News: How did you get into boxing? What was it that made you want to get into the ring and fight for a living?

Josh Taylor: To start off, it was just to keep fit and to keep me out of trouble. I always liked training and fighting. I was a black belt at Taekwondo when I was a young kid and I wanted a change, so I started doing a little bit of boxing training, and I quickly realized that Alex Arthur was training at the place where my mum was working and I was boxing. I started watching him train when I was on school holidays and training alongside him, so it kind of gave me the boxing bug.

DN: You’ve knocked out 12 of your 15 opponents so far in your career. How would you describe your fighting style?

JT: I’m all about my speed, reactions and timing. My footwork is very good. I can offset you with feints and timing, but I punch real hard as well for someone of my size. I wouldn’t say I was a concussive, one-punch knockout artist, but I know if I hit you, you’re either going down or you’re going to be hurt and in trouble. So, I definitely think I can do a bit of everything.

DN: Two southpaws Oct. 26. Will your styles clash or gel?

JT: We’ll just have to wait and see how he comes out when that first bell rings on Oct. 26. We can predict how he is going to fight and things like that, but you never know until that bell rings. It might be a skillful boxing match throughout the entire fight, or we could just lock horns and fight, or a bit of both. You never know.

DN: The IBF, WBA, WBC Diamond super lightweight titles and the vacant Ring Magazine belts are all on the line in this fight, but what would winning the Muhammad Ali Trophy mean to you?

JT: The reason I got into boxing and turned professional was to be involved in big things like this. Fighting for the Muhammad Ali Trophy is brilliant. It’s a real prestigious event. It’s a great concept because I’m getting three belts in three fights now. I can’t wait.

DN: Do you think the U.K. fans might play a part in unsettling Regis Prograis? This will be the first time he will be fighting overseas as a professional.

JT: It might unnerve him; I don’t know how used to he is to be traveling around. In general, I don’t think the American fighters travel well. They don’t like to venture outside of America.

They prefer to be on their own turf. We’ll just see how it goes. I’m not going to be relying on any of that for any advantages, but it might unsettle him; it might not. But we’ll just wait and see.

DN: Last time out, you defeated Ivan Baranchyk in the WBSS semifinals via a unanimous decision. Prograis and yourself faced off in the ring, then afterwards we all ended up watching the Deontay Wilder vs. Dominic Breazeale fight together in a nice and friendly environment. How can you go from a situation like that to then wanting to knock each other out in the ring?

JT: It’s just like a switch in me. I’ve always had it since I was a kid. I’ve got that wickedness in me, that badness, that killer instinct.

I’m a fighting man, so it’s in my nature to want to be like that. I’m a nice guy, very laid back, but something can happen, and I just switch into fight mode. It’s just the way I am (laughing).