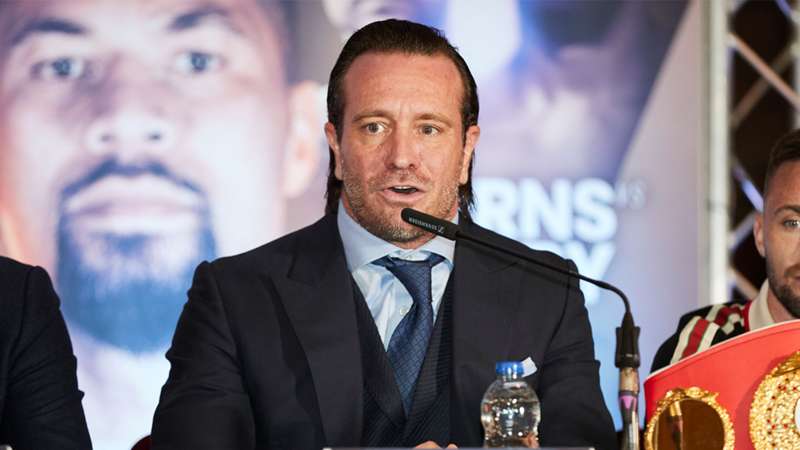 The first World Boxing Super Series (WBSS) final of the year pits two undefeated southpaws against each other, as WBA super lightweight champion Regis Prograis faces IBF titleholder Josh Taylor on Oct. 26, live on DAZN. And the excitement should continue throughout the other finals as well. Here, DAZN News speaks with Kalle Sauerland, as the Comosa AG Chief Boxing Officer breaks down each of the three WBSS finals and previews what Season 3 might look like.

“We start the final season in London on October 26 with a massive super lightweight final. Two undefeated champions with a combined record of 39-0. Taylor has beaten two undefeated guys to win his title and reach the final. Prograis has fought Kiryl Relikh and absolutely took him apart, and Relikh was the world champion.

“So, you see the level of fighters they have fought to get into the final and Prograis vs. Taylor, well we talk about fights of the year, and if you look at the neutral fans there is a vibe around this one. This is the fight of the year anywhere on the planet.”

“Ten days after the first final, we move to Japan on November 7 — a Thursday night fight, so that’s going to be great. A 21,000-seater arena in Saitama, we’ll have Naoya Inoue, pound-for-pound No. 1 king in my opinion and in many people’s opinions, certainly the biggest puncher pound for pound on the planet.

“I think he’s taken five minutes to dismantle his last three opponents — not five rounds, five minutes. And he goes into this final very much as the rising star, if not the star of Japanese boxing — probably the biggest one there has been in recent memory.

“In the opposite corner, we have Nonito Donaire, who has won everything, every accolade, world title, Fighter of the Year, Knockout of the Year, you name it. I think he’s won knockout of the year in America as a Filipino fighter twice. He’s been brilliant all the way through.

“So, it’s going to be very interesting with the young guy who has got to the top and then the older lion who wants to go and take it one last time. It’s a fascinating matchup.”

“The cruiserweight final, we are waiting for the WBO process, as there is still a protest around the semifinal. We are still to announce that, but we are looking at around December time, and that will be Briedis against Dorticos, the two semifinalists from last year.

“It will be very interesting to see the cruiserweight division shaping up, everyone at the beginning was asking why are we doing the cruiserweights again, and you see that Oleksandr Usyk has now moved up to the heavyweight division, so with this final, these are the most exciting cruisers around, and the division showed in Season 1 why they are such an exciting weight class. Trained heavyweights that have to make weight — it’s a big difference."

Looking ahead to Season 3 of the WBSS

“Season 3 is in the planning — flyweight, super flyweight, middleweight, light heavyweight, a couple of other ones as well and maybe a female weight class. Those are the things we are looking at right now.

“The time schedule to be very different as well. What we are trying to do is move it to a calendar year, as supposed to the football [soccer] calendar, for the American fans — that’s September to May. So, trying to move that to a calendar year, we felt made more sense for reasons I won’t bore you with, that should be announced around October time.”