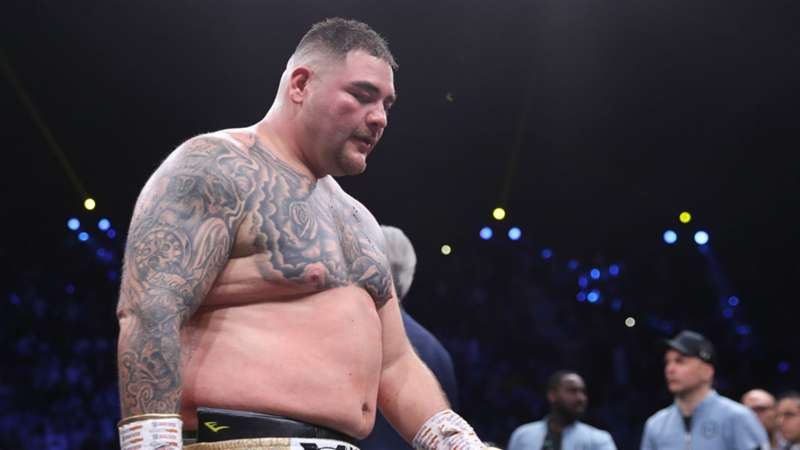 In the immediate aftermath of Andy Ruiz Jr. losing the unified world heavyweight championship back to Anthony Joshua in December, the former champ publicly apologized to his trainer, Manny Robles, for being overweight and not fully dedicated.

Ruiz then rather inexplicably parted ways with Robles, altogether, in January. In a recent interview with FightersRep, Robles explained the way Ruiz went about the move and how downright surprising it was. That's because, according to Robles, Ruiz sent his father to fire him, instead of doing it himself.

"It caught me a little bit by surprise because the dad reached out to me and asked to see me," Robles began explaining. "Obviously, he knows where to find me — in the gym. So, he came over, we sat down, we talked and he broke the news to me that they were moving on, that they were going to work somewhere else. I said, 'Hey, thank you for giving me the opportunity. I wish you and your son nothing but the best.'"

After losing to Joshua, Ruiz apologized to his team for tipping the scale 15 pounds overweight. That, combined with Joshua being laser-focused, paved the way for the British star to score a unanimous decision over Ruiz and snatch back the unified world heavyweight crown on Dec. 7.

"For this fight, I was overweight," Ruiz told reporters during the post-fight press conference following the disappointing performance. "I should have trained harder. I should have listened to my coaches more. Maybe I shouldn't have put on all this weight that I did."

That apology later turned to a termination of Robles via the mouth of Ruiz's dad, as the trainer explained.

Last month, Robles also told ESPN that he saw his firing coming during the buildup of the Ruiz-Joshua 2 fight.

"I've seen it coming during camp. I saw it coming," Robles told ESPN at the time. "Andy was just doing whatever the hell he wanted to do. The dad, obviously with him being the manager, he just had no control over his son. None of us had control of him, for that matter.

Ruiz, who shocked the world with a seventh-round TKO of Joshua to become the world champ last June, will now look to find his way back to the top tier of the division, although he has yet to hone in on his next opponent.