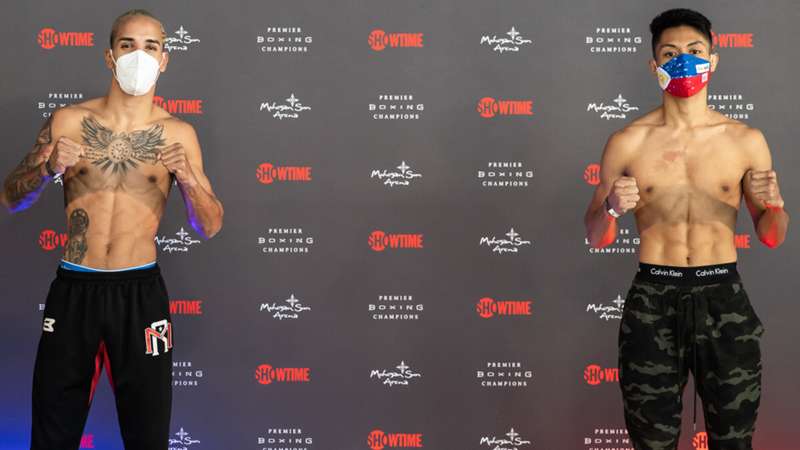 Rodriguez dominated the action and should have cruised to victory but the judges made an inexplicable ruling.

What in the world were the judges at Mohegan Sun Arena in Uncasville, Conn., watching Saturday night?

After witnessing Emmanuel Rodriguez put together crisp combinations in an overwhelming technical schooling of Reymart Gaballo, they rewarded Gaballo with an inexplicable split decision, with scores of 116-112 and 115-113 negating a 118-110 score in favor of Rodriguez. DAZN News had the bout 118-110 for Rodriguez, who was flat-out boxing on a different level than Gaballo.

Making matters even worse for a dejected Rodriguez was the fact the bout was for the interim WBC bantamweight championship, meaning Gaballo walked away with a title he didn't remotely come close to earning.

Although Gaballo was the aggressor, he was mostly ineffective in that aggression. Rodriguez, in fact, used the aggression against the Filipino boxer. He nearly recorded knockdowns with a crisp combination early in the fight and a power jab in the 10th round, both times buckling Gaballo's knees. Aside from the eighth and ninth rounds, one would be hard-pressed to award Gaballo any other frame in the fight, which makes the judges' ruling all the more head-scratching and difficult to stomach.

It was yet another inexplicable scoring in boxing, leading to utter disbelief after watching Rodriguez's sure thing of a performance. Terrible.

Ennis came out smoking. He pieced together lightning-quick, powerful combinations to blast van Heerden at will. The early outburst — and the bout itself — ended abruptly when the fighters accidentally butted heads while against the ropes. The collision took a chunk out of van Heerden's forehead, which was painted in blood. A ringside doctor advised the referee to stop the bout and he did just that, creating a one-round no decision in a bout that Ennis looked as if he was going to dominate.