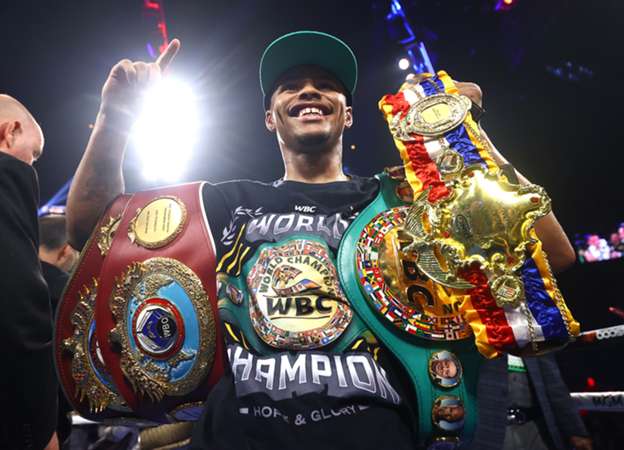 One of boxing's youngest stars returns to the ring on Friday.

(Editor's note: Stevenson weighed in on Thursday at 131.6 pounds, 1.6 pounds over the weight class limit. Because of the miss, Stevenson has been stripped of the belts. The fight is still on, but only Conceicao is the only one eligible to win the titles.)

Shakur Stevenson looks to continue his meteoric rise when he defends his WBC, WBO, and Ring Magazine junior lightweight titles against Robson Conceicao.

Stevenson produced a career-best performance in his last outing in April when he beat Mexico's Oscar Valdez to claim the WBC and Ring Magazine, and will be looking to cement himself as one of the world's best pound-for-pound fighters.

Friday's fight will be Conceicao's second shot at a world title after losing to then-WBC champion Valdez in 2021. The Brazilian then bounced back from this loss with a unanimous decision win over Xavier Martinez in January.

Here's everything you need to know about Stevenson vs. Conceicao.

When is Stevenson vs. Conceicao? date, start time

What channel/stream is Stevenson vs. Conceicao?

ESPN will broadcast the fight in the U.S., while UK fans can watch the fight on Sky Sports.

Where is the Stevenson vs. Conceicao fight?

The fight will take place at the Prudential Center in New Jersey.