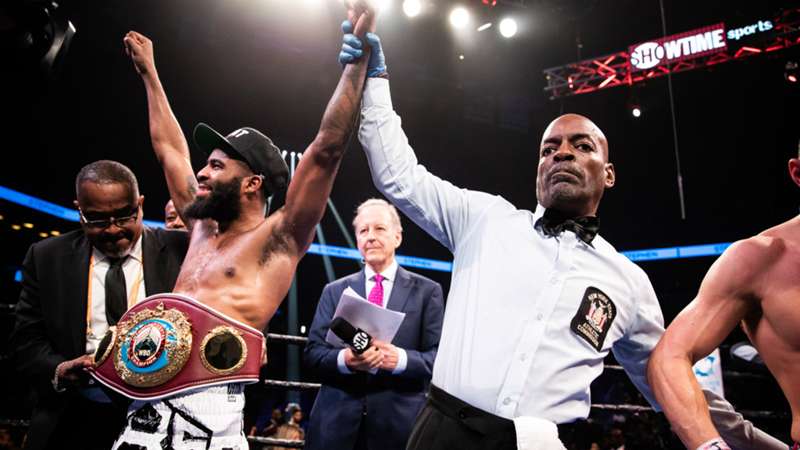 The global pandemic has rocked the boxing world once again.

The coronavirus has once again rocked the boxing world and is forcing changes to yet another main event on short notice.

It was revealed on Wednesday night that Stephen Fulton would not be able to compete for the vacant WBO junior featherweight title fight against Angelo Leo after he and two members of his team tested positive for COVID-19. Tramaine Williams will step in on short notice to face Leo in Saturday's headliner at the Mohegan Sun Arena in Uncasville, Conn. Fulton (18-0, 8 KOs) was gutted to find out he wouldn't be able to compete for the opportunity to win his first world title and took to Twitter to show his disappointment.

Beyond Hurt !!! I won’t be fighting for the world title Saturday night due to me testing positive for COVID. I never got anything easy, just a set back for a crazy return, pray for me if you can.

"Extensive protocols have been put in place to catch this very possibility, and they've proven so far to be effective," said Tom Brown, President of TGB Promotions. "We are supporting Stephen and his team as they self-quarantine off property, and we will help with any medical assistance if needed.

"Fortunately, Williams was ready to move into the spot in the main event, which remains a battle of unbeaten young super bantamweights."