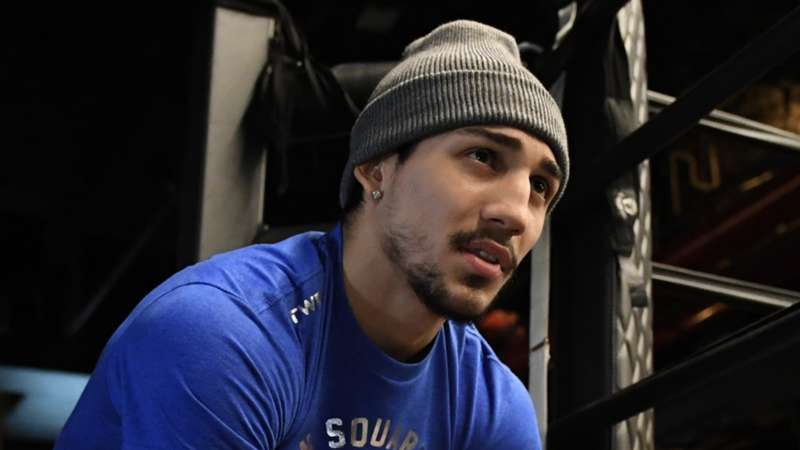 The unified champion will have to wait two more months to defend his belts for the first time.

Teofimo Lopez has reportedly tested positive for the coronavirus and his planned fight with George Kambosos has been postponed until August 14.

The four-belt champion had been due to meet Australian Kamobosos on June 19, but the 23-year-old American returned a positive test for Covid and as such will not be able to fight as he will presumably self-isolate.

The undercard of the bout, due to be shown on Triller, has also been moved back.

BREAKING: @triller founder @RyanKavanaugh tells me Teofimo Lopez tested positive for COVID this morning after a PCR test and is symptomatic. As a result, his four-belt lightweight title fight vs. George Kambosos, set for Saturday, is being moved to Aug. 14, along with undercard

Lopez has only recently agreed a new deal with Top Rank after months of disagreement between the two parties that led the Kambosos challenge to be secured by Triller.

Matchroom promoter Eddie Hearn told this Monday’s DAZN Boxing Show that he would be happy to make an undisputed fight with Lopez and his own fighter Devin Haney in order to settle the argument over any claims to be the undisputed lightweight champion, but those plans will now have to be shelved.