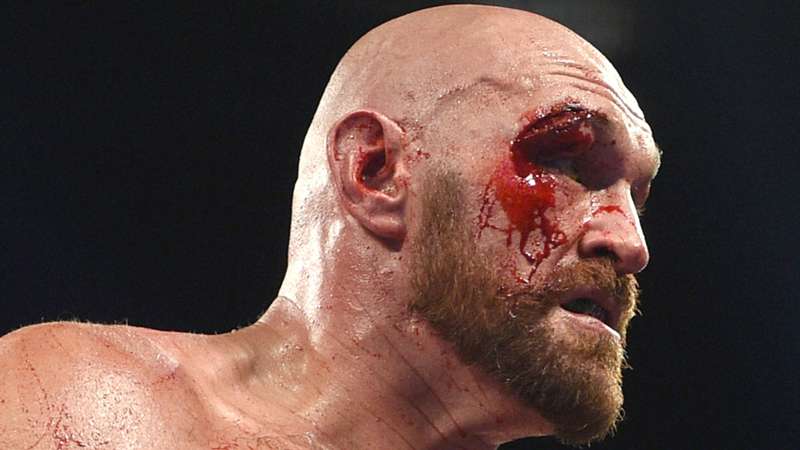 After winning a unanimous decision over Otto Wallin, the "Gypsy King" believes his rematch with "The Bronze Bomber" will go as planned without a hitch.

Tyson Fury is more than ready for his highly anticipated rematch against Deontay Wilder on Feb. 22, despite needing 47 stitches to close a deep gash over his right eye in his unanimous decision victory over Otto Wallin on Saturday. And the lineal heavyweight champion doesn't think there will be a delay for the bout.

"I'm ready for war," Fury told BBC Sport. "Listen, I'm all right. It's boxing. You can't go swimming and not get wet. It's the fight game."

If anything, the "Gypsy King" believes going the distance against Wallin will help him in terms of preparation for Wilder.

"100 percent," Fury said. "Twelve rounds will bring me on to the next fight."

This comes after Fury already called Wilder out in the ring following his win over Wallin.

“Deontay Wilder, I want you next, bum.” Fury calls his shot 👀

Fury (29-0-1, 20 KOs) seems confident the Wilder rematch will happen on the slated date of Feb. 22, but the WBC heavyweight champion has expressed interest in tabling the bout if he could first get a shot at the winner of the Dec. 7 fight between Andy Ruiz Jr. and Anthony Joshua. Such a bout would be for undisputed world heavyweight glory.