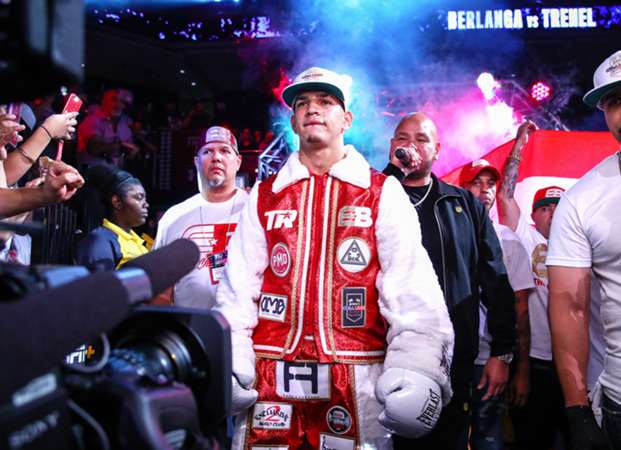 The Top Rank boss has high hopes for his latest prospect.

On November 9th, the Mexican icon faces Caleb Plant for all the belts at super-middleweight as he aims to end a brilliant 11 months that will have seen fight four times following wins over Callum Smith, Avni Yildrim, and Billy Joe Saunders.

Canelo currently sits atop boxing’s pound-for-pound rankings and if victorious against Plant, a move to light-heavyweight may be next.

With a number of fighters still remaining to try and test Canelo in his current weight class, Arum is of the belief that Edgar Barlenga, the heavy-handed New Yorker, could test Canelo in the next two years.

“I don’t think anybody beats Canelo,” stated Arum when speaking with IBTimes regarding boxing’s biggest name. “He’s just that good. Maybe in two years or a year and a half, [Edgar] Berlanga [could].