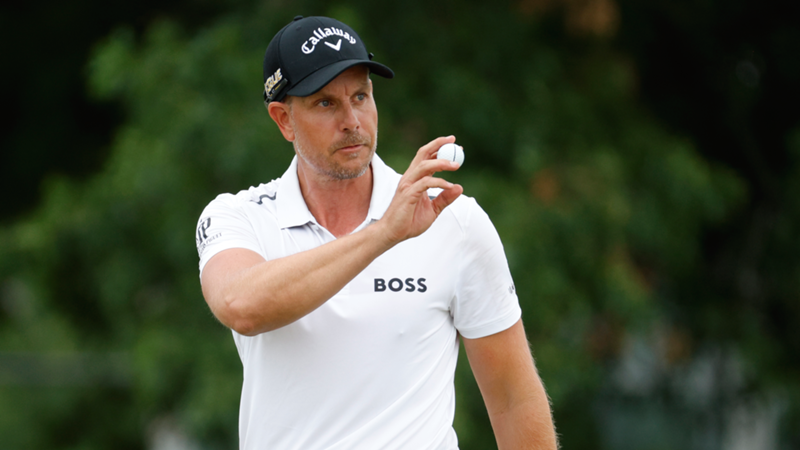 Here's everything you need to know about the second LIV Golf event in Bedminster.

Henrik Stenson and Patrick Reed are joint overnight leaders of LIV Golf Bedminster at seven-under-par through 18 holes after Friday's opening round.

The duo are two shots ahead of Thailand’s Phachara Khongwatmai and three ahead of both Dustin Johnson and Carlos Ortiz, with two more rounds of action to come at the event.

After its debut event in the United States earlier this month, LIV Golf returns for the second event stateside, this time at Trump National Golf Club Bedminster in Bedminster, N.J. You can watch all three rounds on DAZN, including Saturday's round two of three.

Here's everything you need to know ahead of the second day at LIV Golf Invitational Bedminster.

The first round is scheduled for Saturday, July 30 with a 1:15 p.m. ET / 6:15 p.m. BST tee time. Unlike traditional golf tournaments, LIV Golf has all its players on the course starting their rounds at different holes, which is also known as a 'Shotgun Start'.

Can I watch LIV Golf Invitational Bedminster on DAZN?

The event will stream live on DAZN in over 200 countries across the globe.  You can sign up for a subscription here . However, if you are in Argentina, Chile, and Colombia, you must download the DAZN app from the Apple App Store or Android Google Play store and then sign up from there, rather than via web browser.

DAZN is available on web browsers at DAZN.com  (except Argentina, Chile, and Colombia) and also has apps available for all of the following TV and streaming devices:

Where is this LIV Golf Invitational event taking place?