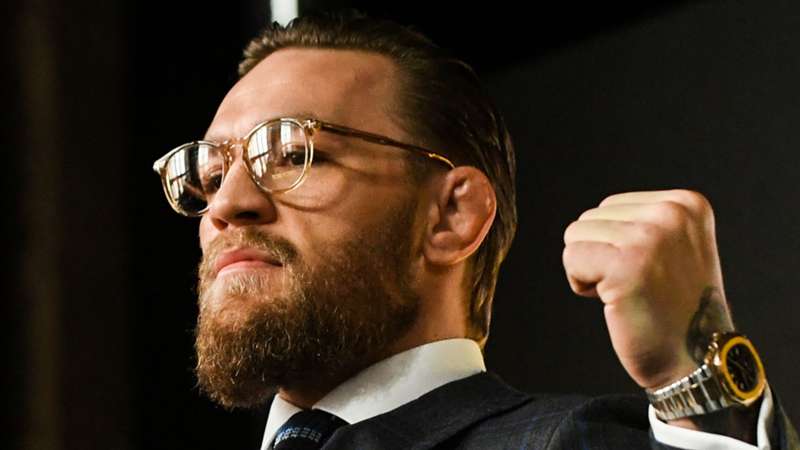 "Notorious" adds that, "I've got the methods and it's something that excites me."

Conor McGregor earned around $100 million for fighting Floyd Mayweather Jr. in August 2017, as reported by Forbes.

If "Notorious" has his way, between his fighting career and various businesses, he'll hit a landmark in just four years.

It's a lofty ambition, but one that McGregor believes is in reach with his MMA fighting career and business ventures, including his Proper No. Twelve Irish Whiskey, August McGregor Clothing and his multimillion-dollar deal with Reebok.

"I'm still a good way away. I'll get there. I'll get there," he vowed about reaching the billion-dollar mark. "I've got the methods and it's something that excites me.

"Look at the amount of bread I'm making through the fight game and I'm not even scratching the surface on what I really should be paid, right?" he added. "The back-end money is where it's coming through, but it should be guaranteed. But whatever, it is what it is."

When asked how much he expects to reel in from his fight with Donald Cerrone at UFC 246 on Saturday night, McGregor estimated in the neighborhood of "$80 million." That's up from the estimated $50 million he reveals to have made in his last bout — a fourth-round submission loss to rival Khabib Nurmagomedov in October 2018.

“They think I'm toast, Ariel, but I'm still the bread." What a line from @thenotoriousmma.

When the topic of annual lists of highest-paid athletes was broached — presumably with the Forbes list in mind — McGregor warned: "That's my list. I'm coming for that list."

He ranked No. 21 on the Forbes list of the world's highest-paid athletes for 2019.

While discussing that, McGregor made sure to jab Mayweather.

"I saw the decade (list of top athlete earners) when Floyd was at the top of the decade," McGregor said. "It's fair play to him. He's just not so good with the management of it, right?"

During the same interview, McGregor spoke about wanting to have a rematch with Mayweather to avenge the 10th-round TKO he suffered at the hands of the boxing legend during the summer of 2017.

Securing that rematch would certainly bring "Notorious" closer to his goal.