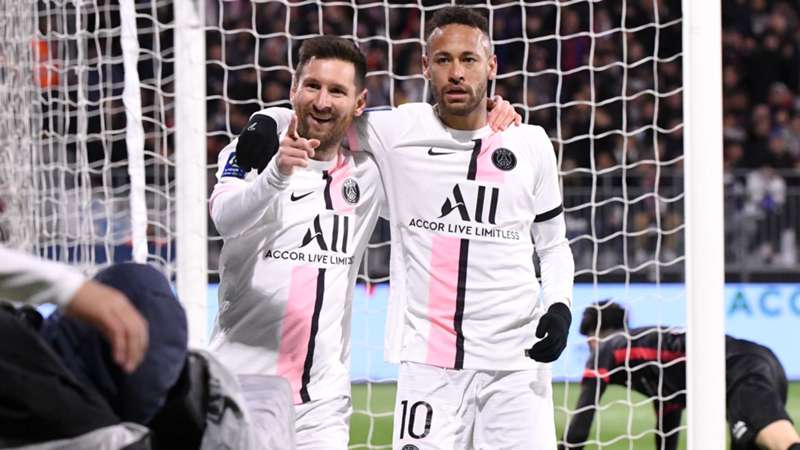 Anthony Bibard/FEP/Icon Sport via Getty Images
Check your region for Canelo vs. GGG 3 on DAZN

The Brazilian forward was reunited with his former Barcelona teammate last season.

The beginning of last season was a period which changed the career of Lionel Messi forever.

For the first time in 17 years, the Argentine football legend wasn't wearing the iconic Barcelona shirt, instead it was PSG's after joining the club on a free transfer in August 2021.

His first season with the 10-time French champions was a difficult one, scoring just 11 goals in 34 appearances across all competitions, but already he is fine form for the 2022/23 campaign with four goals in seven games.

While a new club, a new city and a new way of life would have likely affected Messi, there was a familiar face to greet him in Paris in the form of Brazil forward Neymar.

The pair spent a number of seasons together at Barcelona, winning numerous La Liga titles and a UEFA Champions League, and when speaking exclusively to The DAZN Soccer Show, Neymar shed some light on how Messi has changed during his first season at PSG.

"I’ve known Leo for a long time. I was able to help him more on the pitch in training through speaking to him," Neymar said.

"It’s hard to make a change like that because he’d been in Barcelona for many years and now everything has changed for him and his family.

"We know we have a lot ahead of us and plenty of difficulties, but I’m sure we can get through them."

Watch the whole of Neymar's exclusive interview with The DAZN Soccer Show on the DAZN platform where he discusses his love for the city of Paris and the impact of new manager Christophe Galtier.