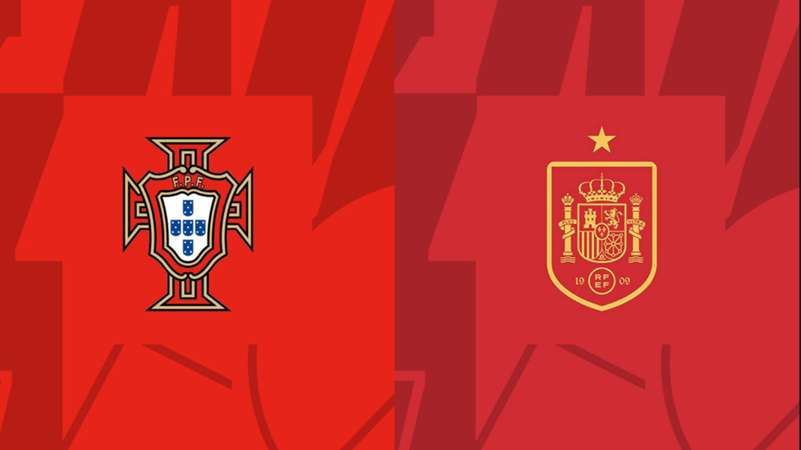 The neighbours meet on the final day of group-stage play.

They met on the first matchday of the UEFA Nations League, and now Portugal and Spain will close out the group stage with a top-of-the-table clash.

The teams sit first and second in Group 2, with the Portuguese holding a two-point advantage over their neighbours. That means that Tuesday's match will determine which team advances to next year's semifinals.

“It’s a final and we will go there to try to win it,” Spain coach Luis Enrique said.

Spain's shock 2-1 loss to Switzerland on Saturday put Portugal firmly in the driver's seat, as Cristiano Ronaldo and Co. head home to Braga needing just a draw to ensure qualification for the semis. However, the hosts aren't looking to play it safe on the final matchday.

“Our goal would be the same even if Spain hadn’t lost, we will try to win the match in Braga,” Portugal defender Diogo Dalot said.

Here's everything you need to know about Tuesday's match, including broadcast info and kick-off time:

Portugal vs. Spain: What time is kick-off?

The match kicks off at 2:45 p.m. ET at Estádio Municipal de Braga in Braga.

How to watch Portugal vs. Spain in Canada: TV channel, live stream

Portugal vs. Spain is available exclusively on DAZN in Canada.

How much does Portugal vs. Spain cost on DAZN?

The Portugal vs. Spain match is already included in the subscription cost for current subscribers.