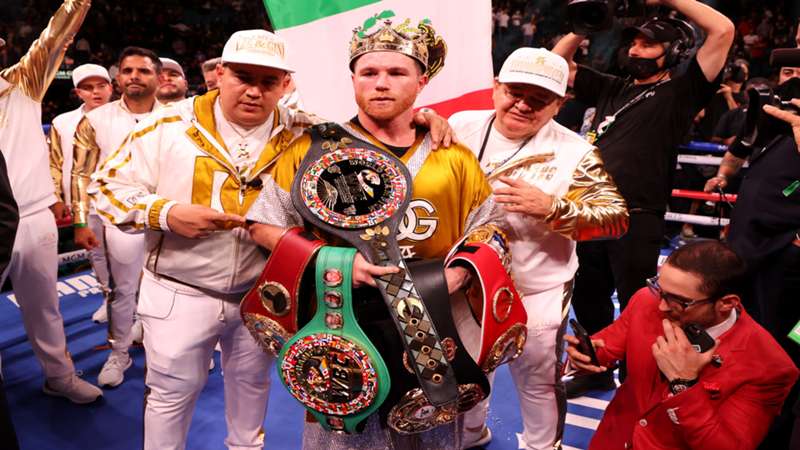 A fight against Artur Beterbiev would allow the boxing superstar to continue to dare to be great and knock out another goal.

David Benavidez is the fighter I’d like to see challenge Saul ‘Canelo’ Alvarez most. At 6-foot-1 with 74 inches of reach and more than a healthy mean streak intact, Benavidez would throw everything with bad intentions and bring the fight to the boxing superstar.

Plus, Benavidez is an undefeated former two-time WBC super-middleweight champion who has beaten himself due to past indiscretions only — never by the hands of a foe in the ring.

However, as much as boxing fans and critics alike clamor for the clash to happen, it’s foreseeable that Canelo will move in a different direction in his continued pursuit toward daring to be greater and making history.

And that trajectory is up and onward. Given Canelo’s recent history, that move would be to move back up to light heavyweight toward a clash with IBF/WBC unified world champion Artur Beterbiev to reassert his presence at 175 pounds and gain a share of the division’s hardware instantly.

As mouthwatering of a proposal as Canelo-Benavidez is, Alvarez doesn’t have anything to gain from it as far as his chase for history goes. Ditto for a trilogy fight against heated rival Gennadiy Golovkin and even inviting unified welterweight champion Errol Spence Jr. up for a catchweight fight. All attractive names in the marquee, all adding fighting stripes to Canelo’s already glowing lore — but none satisfying his level up toward continued history with hardware to show for it.

Don’t believe me? Look at Canelo’s track record dating back to September 2017 — he only takes fights where there’s something for him to gain toward history. (Save for a mandatory defense against an outmatched Avni Yildirim this past February).

As great as a fight with the likes of a Benavidez, GGG, Spence, or Jermall Charlo would be on paper, none would have the prerequisite that Canelo needs — a chance to continue adding chapters to his legend.

Fighting and defeating Beterbiev, who doesn’t have the star power of any of the aforementioned names, would put Canelo halfway toward achieving an undisputed crown at light heavyweight. Roy Jones Jr. did it during the three-belt era. Canelo could make it happen in the four-belt era.

With Beterbiev defending his titles against Marcus Browne on Dec. 17, if successful, he’d be on a similar schedule to Canelo.

The fight timing-wise for Cinco de Mayo weekend would make sense. And if Canelo defeats Beterbiev, the race to clash with WBO titleholder Joe Smith Jr. and WBA champion Dmitry Bivol would be on.

Listen, I hope I’m wrong, and Canelo decides to defend his newly-won super middleweight undisputed crown against Benavidez because it'd be that special of a fight.

But his history and how he does things his way only point to eyeing full domination at 175 and raising his legend another level up.