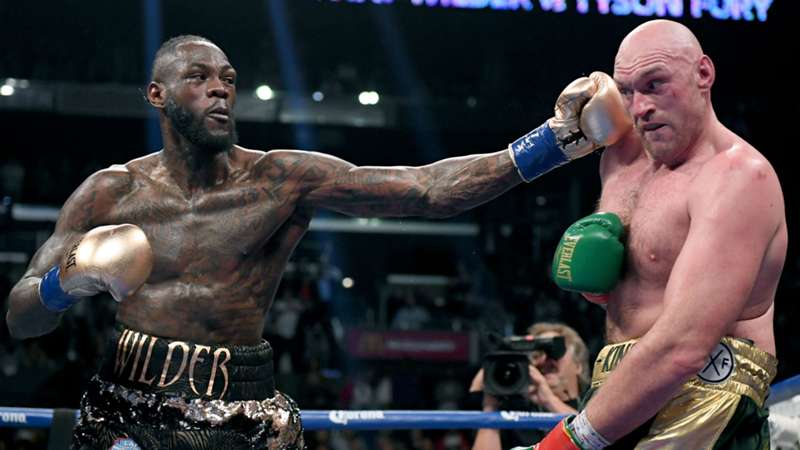 Tyson Fury has maintained throughout the buildup to his rematch with Deontay Wilder that he’ll be trying to knock “The Bronze Bomber” out.

That assertion is music to Wilder’s ears. During an international media conference call Tuesday, the WBC heavyweight champion said that if Fury shows more aggression in their rematch that there’s a “strong possibility” the strategy will leave the lineal champ vulnerable to being knocked out himself, maybe even early into the bout.

“It’s a strong possibility that could happen (early into the bout), especially him bringing the fight to me,” Wilder told DAZN News during the call about him knocking out an overly aggressive Fury in their Feb. 22 rematch at the MGM Grand in Las Vegas.

Wilder added that if Fury actually makes good on his vow of looking for the KO blow against him that it’s “going to be a short night, but it’s going to be an interesting night.

“I don’t get paid for overtime.”

The consensus regarding their first fight, which was controversially ruled a split draw in December 2018, was that Fury thoroughly out-boxed Wilder. However, Wilder dropped Fury twice, including a 12th-round knockdown that many pundits and fans believe Fury received a delayed ring count for.

So, when Wilder hears Fury repeatedly say he’s going for the knockout, the WBC titleholder is taking the British boxer’s bluster with a believe-it-when-I-see-it approach.

He added regarding Fury's ambition to be more aggressive: “If he does that, then may God be with him.”