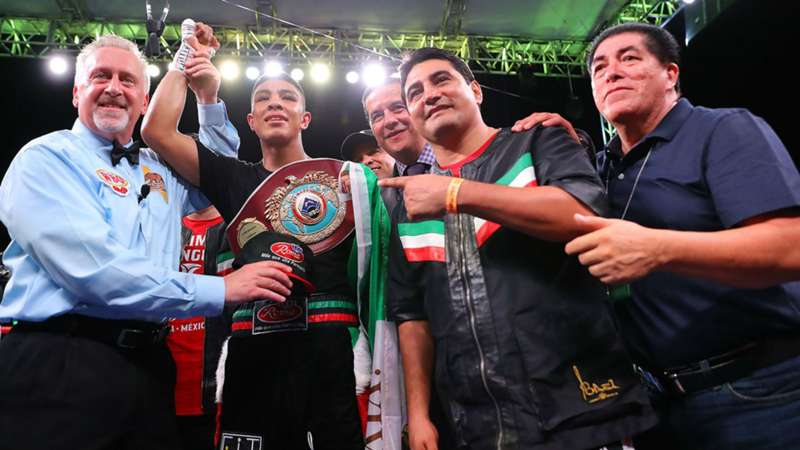 It was only a matter of time before Jaime Munguia made the trek from 154 to 160 pounds.

The time will be at the beginning of 2020, when Munguia will make his middleweight debut against Gary "Spike" O'Sullivan on Saturday, January 11, from the Alamodome in San Antonio, Texas, live and exclusively on DAZN.

Munguia (34-0, 27 KOs) vaulted into the boxing scene in May 2018 when he blasted through Sadam Ali to capture WBO junior middleweight championship. He went on to make five title defenses, including most recently, a fourth-round TKO win over Patrick Allotey in September. But with each passing bout, Munguia started to have more difficulty making the 154-pound limit. The 23-year-old is excited to embark on his new journey and entering a land that features unified middleweight champion Saul "Canelo" Alvarez, IBF titlist Gennadiy Golovkin and WBO titleholder Demetrius Andrade.

"I feel very happy to be starting the year 2020 with a great fight at a great place like San Antonio, Texas," Munguia said in a press release. "I have fought in Houston, Texas, before, where the people there treated me very well. I think that San Antonio won't be any different. We're going to deliver a great fight against a tough fighter in Gary O'Sullivan. He's great, and he's strong, but we're going to come very well prepared. We plan to do an excellent job and make it very clear who is the best in the ring."

O'Sullivan (30-3, 21 KOs) is an exciting fighter who is willing to put it all on the line against whoever he's placed inside the ring with. But when facing high-quality opposition, the 35-year-old has come up short. He got dominated by two-division champion Billy Joe Saunders in July 2013, suffered a seventh-round knockout to Chris Eubank Jr. and got decimated in less than one round to David Lemieux in September 2018, on the same card as Munguia. The Irishman is grateful for the opportunity to get another crack at a top-level competitor.

"For me, it's a dream come true to fight the undefeated champion of the world, and the number one ranked fighter in the world," O'Sullivan said. "It makes it even better that he's Mexican. I grew up watching the great Mexican champions, and to get the opportunity to fight Jaime is an honor. I will leave no stone unturned in my preparation for this fight. I can't recall feeling more motivated by any other fight in my career thus far. I believe this fight will be a war that the fans will talk about for many years to come."