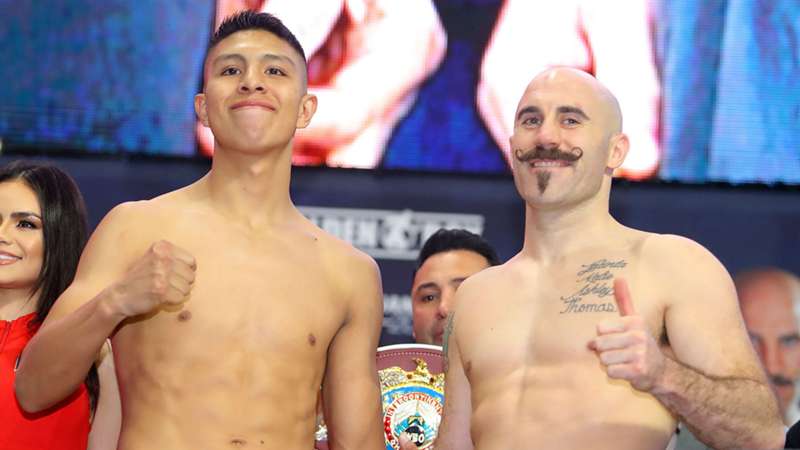 Can Jaime Munguia make a successful debut at middleweight? Or will Gary "Spike" O'Sullivan come in and crash the party?

The first significant boxing event of 2020 goes down on Saturday, Jan. 11, when former WBO junior middleweight champion Jaime Munguia moves up to 160 pounds to take on Gary "Spike" O'Sullivan from the Alamodome in San Antonio, Texas, live on DAZN.

Munguia (34-0, 27 KOs) captured the WBO gold in May 2018 when he stopped Sadam Ali. The 23-year-old made five consecutive title defenses, but the task of getting to the 154-pound limit was starting to take a toll and affecting his performances inside the ring. After plowing through Patrick Allotey in September, Munguia decided to jump up to the division led by unified champion Canelo Alvarez, IBF titlist Gennadiy Golovkin and WBO titleholder Demetrius Andrade.

"I'm excited to be moving up to 160 pounds where they say that some of the most important fighters in boxing are," Munguia said in a statement. "I have a very tough fighter in front of me, Gary O'Sullivan, who's very tough. If I want those bigger fights, then I have to demonstrate that I'm worthy of that against this guy, so I have to do my best in order to rise up in the rankings."

O'Sullivan (30-3, 21 KOs) gets another chance to secure a victory over a high-quality opponent. To this point, the 35-year-old has come up just short. He got dominated by two-division champion Billy Joe Saunders in July 2013, suffered a seventh-round knockout to Chris Eubank Jr. in December 2015, and got decimated in less than one round to David Lemieux in September 2018, on the same card as Munguia.

"Jaime Munguia is a great fighter," O'Sullivan said. "I'm very motivated by this challenge. He's a young world champion, undefeated. For many, this is the stuff of dreams to come to his own backyard and fight the undefeated champion of the world. I've never felt the more motivated in my well career. I look forward to putting on a show for January 11. I'm going to prepare very hard for this fight, harder than ever, and come January 11, I'll be ready for war."

This is a robust test for Munguia in his middleweight debut. Some might call O'Sullivan a gatekeeper, but anyway you slice it, Munguia is going to get a chance to show the boxing world how he fights without having to cut an excessive amount of weight.

Here’s a complete guide to the Munguia vs. O'Sullivan fight, with betting odds, undercard information and more.

When is Jaime Munguia vs. Gary O'Sullivan?

This is Munguia's debut at middleweight after campaigning at junior middleweight, where he became the WBO champion.

Munguia vs. O'Sullivan live stream: How to watch

The Munguia vs. O'Sullivan fight isn't available via traditional pay-per-view or a linear TV channel. Fans in North America can instead  sign up to watch the fight online with DAZN, the global sports live-streaming service.

You can also watch the undercard of the fight for free on DAZN's YouTube channel:

How much does the Munguia vs. O'Sullivan fight cost?

New subscribers to DAZN can sign up for a monthly subscription or annual pass to watch the fight. The annual pass — which includes access to all of DAZN’s live events, as well as highlights, behind-the-scenes features and original shows — is $99.99 in the U.S. That averages out to a little over $8 a month. Those who prefer a monthly plan can sign up for a monthly option at $19.99. (In Canada, the monthly plan is $20 CAD, and the annual plan is $150 CAD.)

Where is the Munguia vs. O'Sullivan fight?

The Munguia vs. O'Sullivan fight will take place at the Alamodome in San Antonio, Texas.

This marks the first time Munguia and O'Sullivan will be fighting at the arena. It will be the second time Munguia competes in the state of Texas, defeating Takeshi Inoue in Houston back in January 2019.