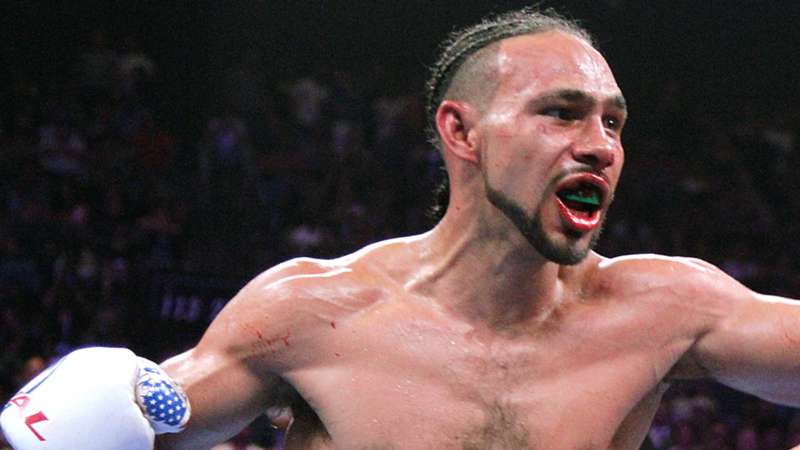 Keith Thurman suffered his first loss against Manny Pacquiao last July, and he recently explained what technique Pacquiao used that won the judges over.

Keith Thurman hasn’t fought since suffering his first loss and dropping the WBA (Super) welterweight title to Manny Pacquiao last July. It was a closely contested split decision that saw the older legend take it to the younger champion and reclaim his past glory.

Thurman has made it clear that he would like to avenge the loss to Pacquiao and is hopeful that a fight can be made once the COVID-19 pandemic subsides and the sporting world can resume as normal. Until then, all the former champion can do is reflect on what happened on July 20 in Las Vegas.

Thurman appeared on the Ak & Barak show on DAZN to discuss the fight and revealed that there was a “small technique” that allowed the Filipino senator to escape with the victory.

After the fight, Pacquiao admitted that Thurman hurt him several times in the bout. However, boxing’s only eight-division world champion was able to mask the hurt by keeping his gloves close to his head. Thurman gives Pacquiao a lot of credit for winning over the judges but has made it clear that he is aiming for the all-time great the moment he can step back into a boxing ring.

“I think Pacquiao fought a smart fight so (for the judges) to give him the victory, I’m not going to argue,” Thurman said. “I’m just going to ask for a rematch.”

Pacquiao has plenty of options ahead of him that include possible showdowns with Errol Spence Jr., Terence Crawford and Mikey Garcia. There is no certainty with which way Pacquiao will go, and Thurman is prepared to move on if the fight doesn’t come to fruition.

Now a contender for the first time in seven years, Thurman says that the fire within him burns bright and has called everyone in the welterweight division “prey.”

“I’m a contender again and that (fire) is what will bring it all back to me,” he said. “It’s only after you sit on the top and everyone is coming for you that the fire is not the same.”

Thurman ended by calling out all of the division’s champions, which include Pacquiao, Spence and Crawford.