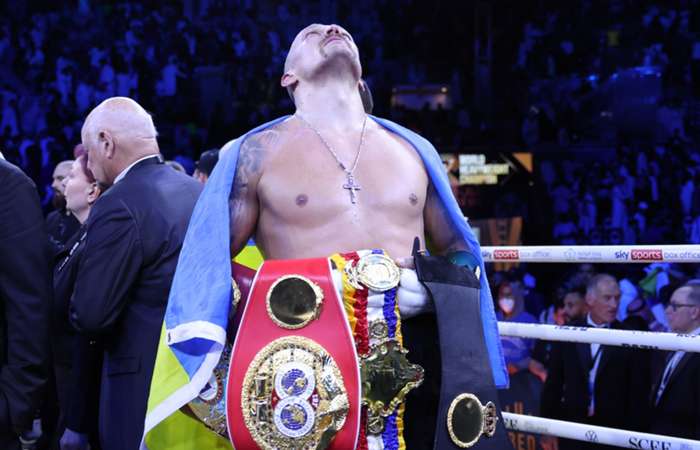 Matchroom
Check your region for Eubank Jr vs. Benn on DAZN

Oleksandr Usyk has admitted his desire to face Canelo Alvarez before he retires from boxing.

The talented Ukrainian, boxing’s current unified heavyweight champion, has spoken in detail surrounding his career for the first time since defeating Anthony Joshua in August when he retained his world titles in Jeddah.

In the immediate aftermath of the Joshua victory, speculation immediately dragged Usyk towards an undisputed showdown with Tyson Fury at some point in 2023.

That meeting is on hold as Fury continues to pursue a fight with Joshua, but it’s still very much a battle that Usyk wants to take on as he draws up the closing plans on his illustrious career.

"I can have three more fights at the very most," said Usyk when speaking on his YouTube channel. "It is the most realistic to be in my top form. With Fury, Canelo, and a farewell fight at Olympiyskiy.

"With Canelo he said that he wanted to fight me. It would be a freak fight just for the sake of earning money.

"I only need to beat Fury and then it is time to retire for me. The unification of all the belts is much more important than just a fight or another defence.

"I want to outbox Fury and I don't want to work that much just for another defence. There is much more that I can achieve."