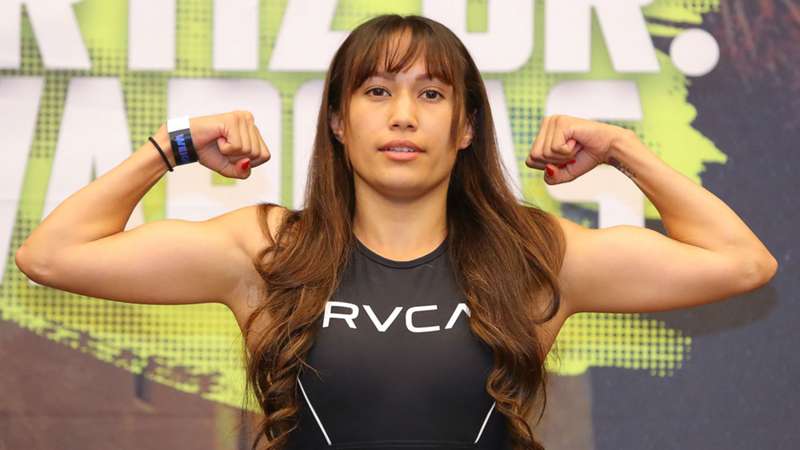 Seniesa Estrada wants to become a multi-division champ and says she's just a fight or two away from being in the conversation of the best pound-for-pound fighters in boxing.

When it comes to women’s boxing, the names Shields, Taylor, Braekhus and Serrano are often discussed when it comes to the best of the bunch. But then there’s the undefeated Seniesa Estrada, who quietly begins her 2020 campaign Friday night against Miranda Atkins on the undercard of Vergil Ortiz Jr. vs. Samuel Vargas at the Fantasy Springs Resort Casino in Indio, Calif.

Estrada (18-0, 7 KOs) was last seen silencing her rival Marlen Esparza by winning a technical decision on the undercard of Canelo vs. Kovalev back in November. She was supposed to face Jacky Calvo in March, but COVID-19 shut down those plans. Now she’ll face Atkins in a fight that few expect her to have a tough time with. Should she come out victorious, she plans to push for a title fight against WBA 105-pound champion Anabel Ortiz and follow that up with a bout against WBC 108-pound champion Yesenia Gomez.

And once she gets her first taste of gold, she has no plans of stopping and will look to become a champion in multiple divisions.

But there’s another name that she would like to step into the ring with to prove her worth.

“I want Mariana Juarez,” Estrada says. Juarez (54-9-4, 18 KOs)  is not only ranked No. 4 on BoxRec’s women’s pound-for-pound list, but she’s also the WBC champion at 118-pounds. Although Estrada is undersized for the bantamweight division, she makes it clear that facing someone she considers a living legend is just too good to pass up.

Although she admits she would have to "stuff her face" just to get to 115 pounds, she's willing to do whatever it takes to face Juarez and have her name mentioned amongst the best in women's boxing.

“I'm just a fight or two away from being in that conversation as one of the best pound-for-pound women in the sport,” Estrada says. “I just need to keep winning and getting world titles. World title fights are the only thing on my mind. I don't want any fights unless they are for a championship.”