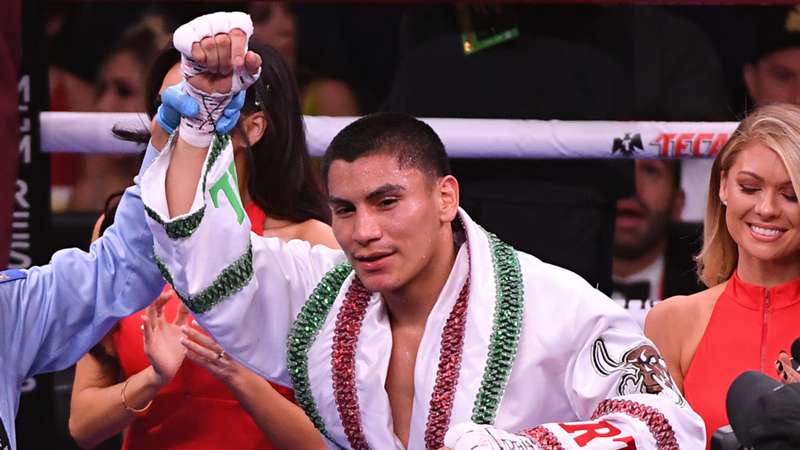 Vergil Ortiz Jr. has no interest in waiting on the future to become the present. Instead, he's ready to face boxing's best as long as they aren't scared to get in the ring with him.

According to Oscar De La Hoya, Vergil Ortiz Jr. is the "future of Golden Boy Promotions."

But if you ask Ortiz, there’s no need to wait when the future is now.

Ortiz will face Samuel Vargas on Friday at the Fantasy Springs Resort Casino in Indio, Calif., live and exclusively on DAZN. For many, it’s a foregone conclusion that Ortiz will add another victory to his record despite his opponent being the most experienced fighter he will have faced in his professional career.

Despite Ortiz still being in the early stages of his career, those fighters are certainly paying attention to the 22-year-old with a perfect knockout record (15-0).

Just recently, Spence and Ortiz had a back-and-forth on Twitter that started with the champion calling Ortiz a crybaby and the Texan renaming "The Truth" as "The Lie."

Ortiz told DAZN News that Spence’s "dumb and unnecessary" comment didn’t upset him. Instead, it let him know that Spence — who said "it's all love" in a recent tweet — is looking over his shoulder at a potential opponent.

"A lot of these fighters are avoiding mentioning my name because they don't want to give me the attention as an opponent yet," Ortiz said. "I don't have any of the big belts and I only have a few fights, so they may not want to fight me now. But they will eventually."

When it comes to Spence, Ortiz makes it clear that he’s the biggest challenge in the division. Interestingly, it’s because he feels that the two men are mirror images of one another.

"A lot of people say that we fight exactly the same so we’re mirror images because he’s a southpaw and I’m right-handed," he said. "We’re both pretty big for 147 pounds and we're around the same height, too.

"They always say your biggest challenge is yourself, so he’s actually the closest I can get to that without it actually being me."

Understandably, a fight between the two is likely a couple of years away considering the sheer amount of talent in the division that is ahead of Ortiz. But when asked who he believes he matches up well against and could potentially face to get a title shot, he volunteered a former champion who once ruled the division.

"I think me and Keith Thurman would be a very good fight," Ortiz said. "We both come to fight, and he's had some of my favorite fights when he beat Shawn Porter and Danny Garcia. I was on the edge of my seat watching those fights. I want to challenge myself with some of the best, and he’s definitely one of them."

Ultimately, Ortiz wants to shadow the career of his promoter and idol, De La Hoya. The retired boxer was known to face the toughest challenges and never duck anyone. Ortiz believes that’s exactly how a fighter becomes a star in this sport.

"He's one of the greatest to ever do it and one of the most iconic boxers in history," he said. "He never ducked an opponent and took all the hardest fights. That’s how I want to be remembered. I'll never say no to anyone. Win or lose, I want to challenge the best."