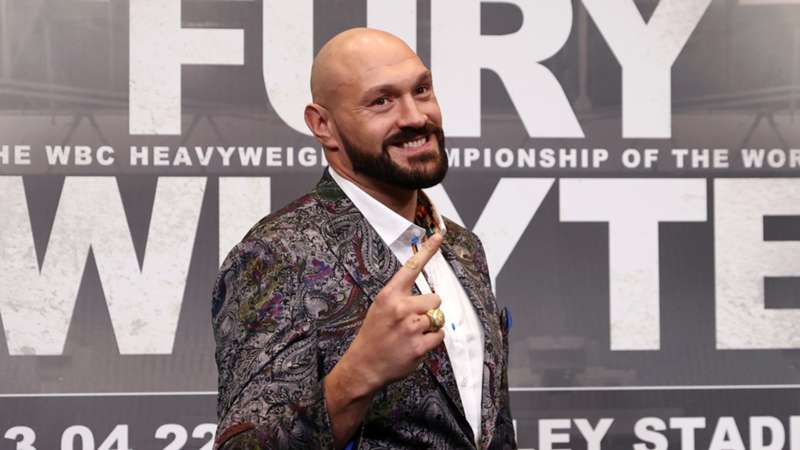 Tyson Fury is unsure about whether he is ready for retirement.

The WBC world heavyweight champion is back in action on Saturday night when he takes on Derek Chisora for a third time in his first fight since a short-lived retirement.

After knocking out Dillian Whyte last April, Fury announced that he would be stepping away from the sport for good. That stance lasted until the Summer when he began calling out Anthony Joshua, but that was a fight which failed to materialise.

Now he faces Chisora in what is a tune-up fight ahead of an undisputed title showdown with WBA, WBO and IBF world heavyweight champion Oleksandr Usyk which is being scheduled for the first half of 2023.

It's no secret that the options are becoming fewer for Fury when it comes suitable opponents, but the 34-year-old is still unsure as to whether he will be ready to hang up the gloves when time comes.

"I don't know if I can ever be ready for retirement and this is the problem. Right now, I'm in a very big dilemma with boxing because I’m in my prime. I’m worn out basically, however, I’m still undefeated and still going," Fury told The Sportsman.

"How long will this last? How long can I keep going for? And what happens when it’s not there any more? The answer to that question is that I don’t know and that's why I'm back.

“There were four months when I was actually retired and refused a lot of money to come back and stuff to do other fights and things. It was four months later and I had my little bit of being at home with the family, taking the kids to school and all that, and I was like what do I do?

“I definitely need a purpose and I don’t know what that’s going to be. Maybe I’ll go back to being a used car salesman and open myself a little pitch in Morecambe somewhere. Give myself a job so I can get up at 7am, go to the gym, come back and then go to work."