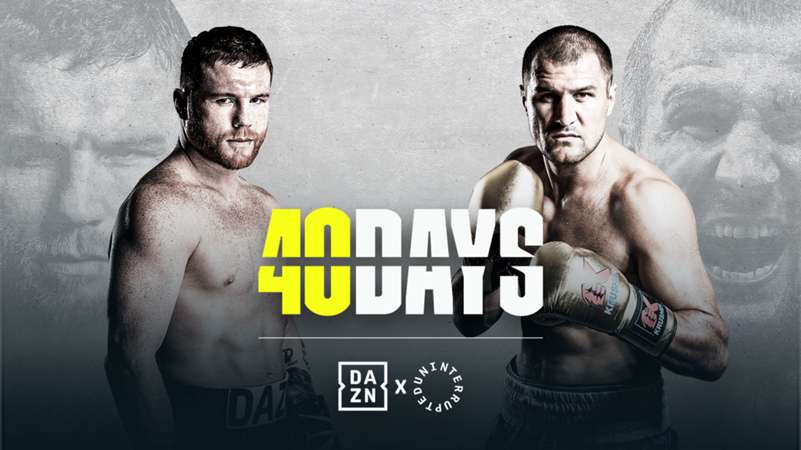 If Saul "Canelo" Alvarez wins his fourth world title Saturday, Nov. 2 at the MGM Grand Garden Arena in Las Vegas, it may be his most impressive feat to date. Alvarez is moving up two weight classes to challenge Sergey Kovalev for the WBO light heavyweight championship, which would be the fourth weight class he's held a world title belt in.

"My fears disappeared when he was 16 years old and we had to fight against a very strong and experienced fighter," Reynoso said. "In the first round, Saul knocked him down. And in the second round, he broke his nose. I went up to the ring and he told me, 'There it is, your f—ing fear."

Executive produced by LeBron James and Maverick Carter, as well as soccer star Carlos Vela, the "40 Days" docu-series goes behind the scenes Alvarez and Kovalev and features interviews with celebrities and athletes. The third and final episode heavily features commentary from the Golden State Warriors' Draymond Green. Everybody invovled agrees Alvarez is facing a significant challenge, not least Alvarez himself.

Green focused primarily on how differences in size can affect physical matchups. The smaller Alvarez will "have to make up for that size somewhere," Green said.

And Kovalev has the challenge of not leaning too heavily on his size advantage.

"If you're just hellbent on bullying that person," Green said, "you'll then most of the time end up losing your rhythm."

Kovalev's trainer, Buddy McGirt, tells Kovalev he will need to have faster hands against Alvarez. He also reminds Kovalev of the order of things entering Saturday's bout.

The 36-year-old Kovalev, who's in his third stint as world light heavyweight champion, believes he can remain at the top with what would be the highest profile win of his career.

"With Buddy McGirt, I feel much more that I can be again on the top of boxing," Kovalev said.