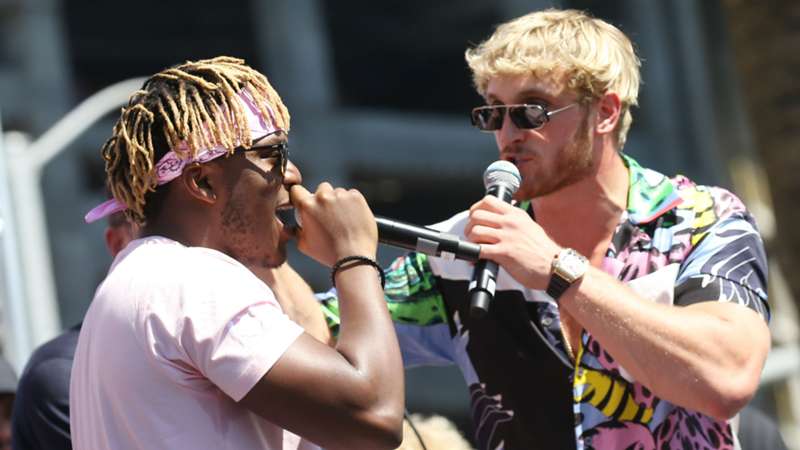 The latest episode of "40 Days" shows that both YouTubers learned a lot from their boxing bout last year.

Paul asserted his jab early and looked like he could land punches at will in briefly outclassing his rival. But fatigue set in by the third round, paving the way for KSI to scrap his way back into the bout and leading to a majority draw.

Both YouTubers and their trainers can be seen watching and reflecting on their first fight in the latest episode of DAZN's behind-the-scenes documentary series " 40 Days " (you can watch the full video at the top of this article). Ahead of the Logan Paul vs. KSI rematch at the Staples Center in Los Angeles, both vow that the Nov. 9 fight will end in a knockout now that they know what they're doing.

"Looking back on the fight, you learn," Paul said. "Last year, I kind of knew what I was doing. This year, there's an animal inside me, a killer that I suppressed because he's f—ing evil, but on November 9, he's going to come out and it's not going to be pretty."

"It's a different Logan now," Paul's trainer and former heavyweight world champion Shannon Briggs said. "KSI doesn't respect Logan. I think Logan is going to knock him out. He's going to stop him, punish him."

Like Paul, KSI believes that he could do a lot more damage in the rematch.

"Last year, I was just all right," KSI said. "Next fight, I'm ending his career. One right hand, and I'm putting Logan to sleep."

You can watch previous episodes of "40 Days" below, in which Paul and KSI released "dueling episodes," showing footage of them preparing for the fight.

Who's taking this rematch?