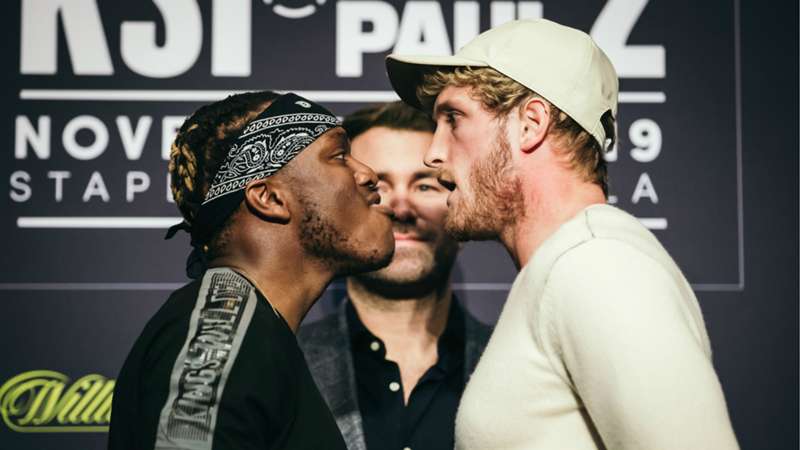 Logan Paul and KSI meet once again on Saturday at the Staples Center in Los Angeles, live and exclusively on DAZN.

Two of biggest names on the internet will settle their beef with each other inside the boxing ring once and for all on Saturday night, when Logan Paul and KSI will battle at the Staples Center in Los Angeles.

Paul and KSI fought in an amateur bout in August 2018 that went to a majority draw in Manchester, England. Things are different this time around. Both guys ditched the head gear and the 12-ounce gloves and are now competing in the professional ranks, where the fight will be six 3-minute rounds, with Paul and KSI sporting the 10-ounce gloves.

There are expected to be plenty of celebrities at Staples Center on fight night, but if you can't get there, here's everything you need to know about watching it online.

Logan Paul vs. KSI 2 live stream: How to watch the fight

The first Logan Paul-KSI fight was on YouTube, where it had more than 1 million pay-per-view buys, making it the biggest amateur fight of all time. The rematch, however, isn't on YouTube or a traditional TV broadcast. Instead, the only place to see the fight in the U.S. and Canada is on DAZN.

Logan Paul vs. KSI 2 price: How much does DAZN cost?

To get access to this fight, and more than 100 other fights a year, subscribers will be charged either $19.99 for a monthly plan or $99.99 for an annual subscription to DAZN in the U.S. (In Canada, the monthly price is $20 CAD and the annual price is $150 CAD.) In addition to live fights, the subscription also includes access to highlights, replays, behind-the-scenes features and original programming such as The Pat McAfee Show.

Can I watch Logan Paul vs. KSI 2 for free?

The main card of Paul vs. KSI 2 is exclusively on DAZN. However, the pre-fight show, "Countdown to KSI vs. Logan Paul 2," is available for free on DAZN's Twitter, YouTube and Twitch platforms, and begins at 8 p.m. ET.

Watch the show below:

Paul and KSI will take the ring on Saturday, Nov. 9. The undercard for the event begins at 7:00 p.m. ET on DAZN, and the main card begins at 9 p.m. ET. Paul and KSI should take their ring walks about 11 p.m. ET or a little later, although it depends on the length of the earlier fights.