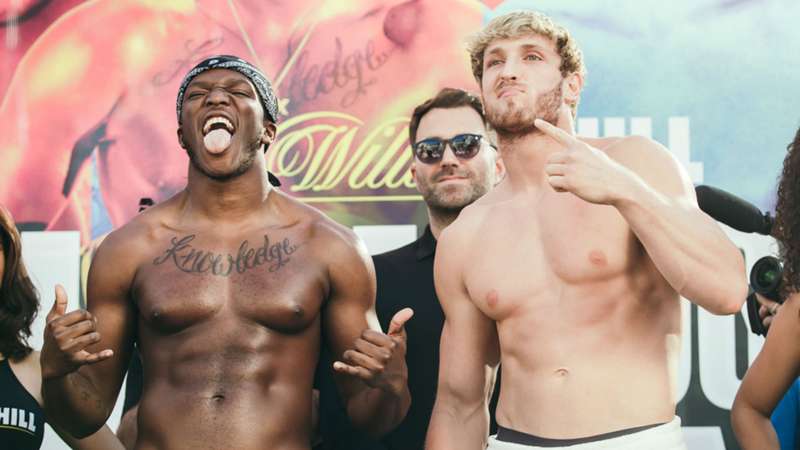 After a majority draw in their original fight, Logan Paul and KSI will be looking for closure in the highly anticipated rematch. Here's everything you need to know for the fight, including the start time and price.

The first fight last summer between KSI and Logan Paul turned out to be a back-and-forth bout, with both YouTubers taking turns dictating the pace until it was finally declared a majority draw.

That was in Manchester, England. Now, Paul and KSI are back and set for their rematch at Staples Center in Los Angeles on Saturday night. Both Paul and KSI are looking for closure that evaded them in their original clash, with each YouTuber vowing to deliver a knockout.

“Looking back on the fight, you learn,” Paul said in DAZN's "40 Days" behind-the-scenes documentary series. “Last year, I kind of knew what I was doing. This year, there’s an animal inside me, a killer that I suppressed because he’s f—ing evil, but on November 9, he’s going to come out and it’s not going to be pretty.”

With the right shot, KSI feels like he could make it an early night for his rival.

“Last year, I was just all right,” KSI said. “Next fight, I’m ending his career. One right hand, and I’m putting Logan to sleep.”

Here's a complete viewing guide for how to catch the highly-anticipated rematch on DAZN.

What time is Logan Paul vs. KSI 2?

KSI and Paul are expected to take their ring walks about 11:30 p.m. ET, although the exact time will depend on the earlier fights.

There is also a countdown show to the Paul-KSI fight that will be streamed for free on DAZN's YouTube channel, beginning at 8 p.m. ET.

How to watch, live stream Logan Paul vs. KSI 2

The Logan Paul vs. KSI 2 fight will be streamed exclusively on DAZN in the United States and Canada instead of YouTube or traditional TV channels.

In the U.K., the fight will be shown on Sky Sports Box Office. In Australia, France, Netherlands, the Baltic region, India and Scandinavia, the Logan Paul-KSI card will be available via FITE.

Along with DAZN live events, subscribers to the annual pass are given access to highlights, replays, behind-the-scenes features, original shows and live reports.