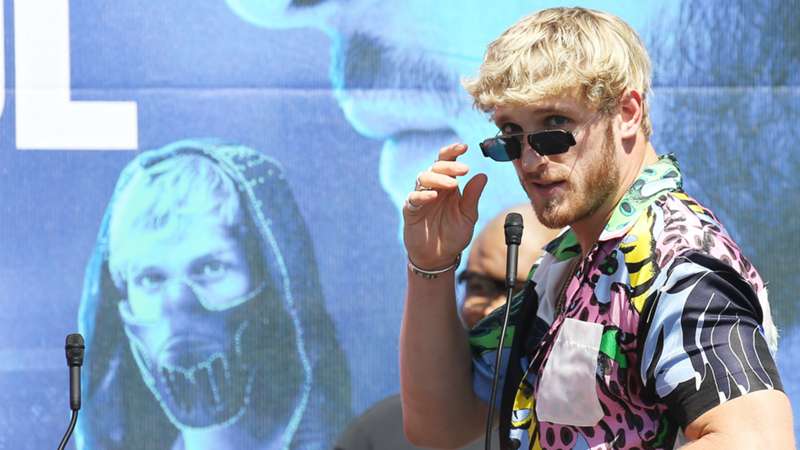 Logan Paul is set for his rematch against KSI, but just who is this YouTuber turned professional boxer?

Logan Paul is set for his boxing rematch against KSI this Saturday on DAZN, and while millions are excited for the fight, some of you may have no idea what's going on.

If you've been online at any point in the past several years, you may have seen Paul's name in passing but didn't bother to find out who he is. A brief summary: Paul became famous on a video-sharing app called Vine, where he gained millions of followers. Once Vine shut down, he focused more on his YouTube page and it's grown to one of the most-viewed single-person channels on the platform with over 4.7 billion views.

Paul has turned his YouTube fame into other avenues, as he's been featured in television shows such as "Law & Order: SVU" and movies such as "The Thinning." He's also released music, although his songs are more for fun rather than serious releases.

Who is Logan Paul?

What is Logan Paul famous for?

Paul initially received recognition on the video-sharing app Vine, a social media platform where users would film six-second videos. Paul made comedy sketches on Vine with other popular Viners, amassing millions of followers. Once Vine shut down in 2017, Paul started focusing more on his YouTube channel, making daily vlogs.

He began to build a strong following across several social media platforms (Facebook, Instagram, Snapchat) and he'd soon expand outside of the internet. He appeared on TV shows such as "Law & Order: SVU," "Weird Loners," and "Stitchers." He also landed roles in several movies as either a main character or as the lead. He co-wrote and starred in the movie "Airplane Mode," which released earlier this year.

But Paul has also been the source of controversy, most notably the time he displayed a corpse while filming a video in Japan's "Suicide Forest." He jokingly participated in the "Tide Pod challenge," tasered two dead rats and pretended to give CPR to a fish.

The latter incidents took place shortly after his return to YouTube following the break he took following the "Suicide Forest" controversy. As a result, YouTube suspended the ad revenue on his videos due to a "pattern of behavior." He has since apologized and mostly changed his content. He now has a podcast titled "Impaulsive," which has over 2 million subscribers on YouTube.

His main channel places among the top 125 channels on YouTube, ranked by subscribers with 19.9 million.

Logan Paul's net worth: How much money does he make?

Logan Paul's net worth is around $19 million, according to Wealthy Gorilla.

Between his merchandise sales, YouTube ad revenue and ad sponsors on his podcast (among other revenue streams), Paul is able to haul in millions each year. According to Forbes, which got its numbers from Paul, the YouTuber earned $14.5 million before taxes and fees between June 1, 2017, and June 1, 2018.

Paul has over 56 million combined followers across his multiple accounts on different platforms, according to Media Kix. Media Kix ranks him as the the third biggest social media influencer of 2019. This places him slightly above other fellow social media stars such as Lele Pons (51.2 million), Liza Koshy (39.6 million) and even his brother, Jake, (38.1).

Who is Logan Paul's girlfriend?

Paul said on the podcast "The Night Shift" in September that he broke off a relationship with an unnamed girlfriend due to his training for the KSI fight.

Paul had recently hinted in June at dating model Brooke Burke. There were also rumors he dated YouTuber Corinna Kopf. He was in a long relationship with Chloe Bennett, who is an actress known for her role on the TV show "Marvel's Agents of S.H.I.E.L.D." According to Ranker, Paul has also dated model Chantel Jeffries, actress Alissa Violet, actress Teala Dunn, social media star Amanda Cerny and model Jessica Serfaty.

Paul has starred in a number of films, either as a minor character or as the lead. His most notable film is probably "The Thinning," a YouTube film where Paul takes the lead role. He also stars in the sequel to that film, "The Thinning: New World Order."

He also appeared in films "The Space Between Us" and "Can't Take it Back" as well as a film he co-wrote titled, "Airplane Mode."

Paul was also set to appear in the 2017 film "Baywatch," but his scene ultimately got cut from the final edits. You can watch the short clip below.

For television, Paul was in an episode of "Law & Order: Special Victims Unit" in 2015. He also appeared in a pair of episodes for the Fox TV show "Stitchers." He made one appearance on the Disney program "Bizaardvark" with his brother, Jake. He also had a role in the YouTube series "Foursome."

Paul had a Facebook show titled "Logan Paul Vs." The description of the show reads, "Logan Paul travels the US seeking challenges versus unpredictable things."

The two have built their own individual followings through different methods, although a lot of their fans support both creators. The two have collaborated on projects together as well, and even had a back-and-forth "feud" in 2017. This led to Paul's most-watched video on YouTube, which is a diss track of his own brother.

Jake Paul was the co-main event during Logan Paul's first fight against KSI. Jake Paul fought KSI's brother, and won. Jake Paul is not part of the rematch fight, although he will likely be present.