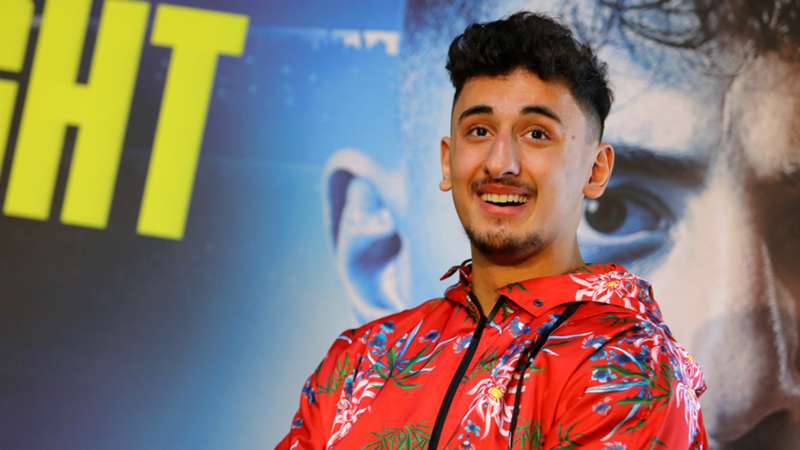 Heading into his fight with Jake Paul on Thursday night, AnEsonGib thinks Paul isn't focusing on him and is already planning for the future.

On "40 Days: Jake Paul vs. Gib", ahead of his bout on Thursday against AnEnsonGib, Paul said that he isn't looking past his first foe as a professional boxer. He does admit that a win over him would set up a clash with fellow YouTube star KSI to avenge his brother Logan's loss to him in November.

"I don’t look past anybody," Paul said. "Everyone is a worthy opponent. It’s boxing. But I know I’m going to f—ing win. “I can’t say it with any more confidence. I don’t know where Gib’s level is at. He’s going to get walked through, and then it’s on to KSI."

For that reason, Gib has the notion Paul is thinking miles ahead and not giving him the proper attention and focus to their co-main event battle on Thursday at Meridian at Island Gardens in Miami.

The origin of how Paul vs. Gib came to fruition wasn't typical. For Gib, it was about being a pest and annoying Paul to the point where the man with nearly 20 million YouTube subscribers had no choice but to accept the challenge.

"There’s only a certain amount of YouTubers that know how to box," Gib said. "There were two other YouTube boxing events. DAZN came in and took the KSI-Logan (Paul rematch). (A) lot of YouTubers that fought on the previous events wanted to jump on back. We saw that Jake was trying to get on it. I saw that Jake was getting in on it. He really didn’t have an opponent. I kind of forced it on him, and then he went to do an interview and said, ‘Who is Gib? Who is Gib? I really don’t want to fight him.’ I just kept pressuring him to it until it happened."

The fact Gib got under Paul's skin so much to get the fight would make one think it's personal for him. But that isn't the case for the 23-year-old. All he wants to do is make an emphatic statement that results in his hand getting raised.