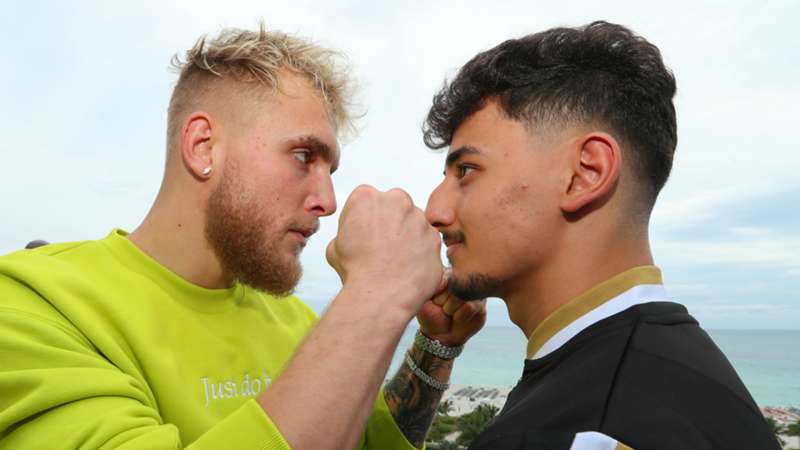 Here's everything you need to know about where and how to watch the highly anticipated fight between social media stars Jake Paul and Gib.

The buildup to Thursday's battle featuring YouTube stars Jake Paul and AnEsonGib has been enjoyable to watch.

During the leadup to KSI-Logan Paul 2, the former had brought up the fact Gib, who is aligned with KSI, could beat the younger brother of Logan.

This will be the first time both Jake Paul and Gib will be donning 10-ounce gloves and wearing no headgear. If the final fight press conference was any indication, we're bound to get an entertaining affair.

Paul has said he's using Gib as a stepping stone to set up a fight with KSI and get revenge for his brother's loss. But on Thursday night, he needs to take care of business against Gib, and during the final press conference predicted the fight would last only three rounds.

Below is everything you need to know to watch the fight between Jake Paul and Gib.

What TV channel is the Jake Paul vs. Gib fight on?

Jake Paul vs. Gib is available in the U.S. and Canada only by signing up for a subscription on DAZN, a global multisport streaming service. It is not available via pay-per-view through traditional cable or satellite TV providers.

The DAZN app can be downloaded on many internet-connected devices, including but not limited to:

The fight can also be viewed on a computer desktop from Chrome, Firefox, Internet Explorer and Safari browsers via DAZN.com.

New for this fight season, Comcast customers can sign up for DAZN on Xfinity Flex and X1.

For more information on how to get DAZN, click here.

In the UK, the Jake Paul vs. Gib fight is available on Sky Sports.

How much does Jake Paul vs. Gib fight cost on DAZN?

If you're new to DAZN, you can sign up for a monthly subscription or annual pass to watch the fight. The annual pass costs $99.99, which averages out to a little over $8 a month. For those who want a monthly plan instead of the longer-term value, fight fans can sign up for a monthly option for $19.99. (In Canada, a subscription is $20 CAD per month or $150 CAD a year.) A subscription includes access to all of DAZN's live events, as well as highlights, replays, behind-the-scenes features, original shows and live reports.

What time does Jake Paul vs. Gib start?

The undercard begins at 7 p.m. ET with the main card starting at 9 p.m. ET. Paul and Gib should take their ring walks around 11 p.m. ET, depending on how quickly the earlier fights end.

The action will wrap up at the end of the night with the main event: WBO middleweight champ Demetrius Andrade vs. Luke Keeler.