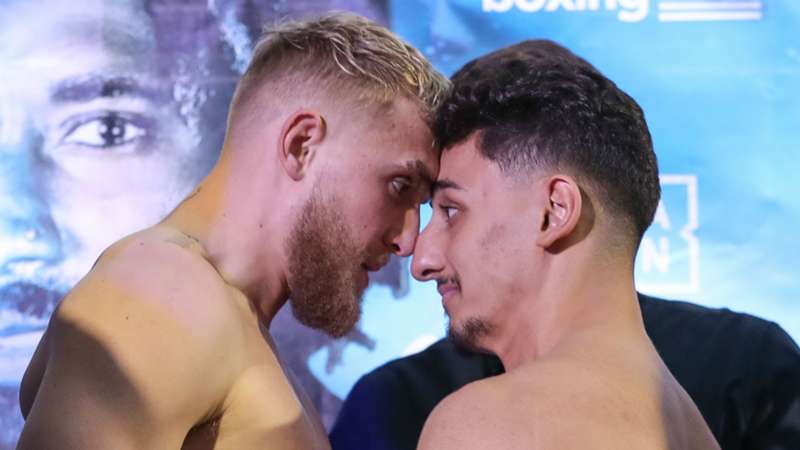 Jake Paul and AnEsonGib look to settle their beef three days before the Super Bowl. Here's everything you need to know for the fight, including the start time and price.

YouTube stars Jake Paul and AnEsonGib will settle their differences in the ring Thursday night from Meridian at Island Gardens in Miami, live on DAZN.

A win by Paul in his professional debut and he'll turn his focus to KSI, who defeated Paul's brother, Logan, by split-decision in their rematch back in November.

"I don’t look past anybody," Paul said on DAZN's "40 Days" behind-the-scenes documentary series. "Everyone is a worthy opponent. It’s boxing. But I know I’m going to f—ing win. “I can’t say it with any more confidence. I don’t know where Gib’s level is at, but he’s going to get walked through. Then it’s on to KSI."

Gib, also making his initial pro outing, understands what Paul is looking for, but doesn't plan on his fellow social media darling escaping "South Beach" with the nod.

Here's a complete viewing guide for how to catch Jake Paul vs. Gib on DAZN, which is the co-main event for the Demetrius Andrade-Luke Keeler WBO middleweight title fight.

What time is Jake Paul vs. Gib?

The undercard starts at 7 p.m. ET with the main card following at 9 p.m. ET. Paul and Gib should begin their ring walks around 11:30 p.m. ET, depending on the length of the earlier fights.

There is also a countdown show to the Paul-Gib fight that will be streamed for free on DAZN's YouTube, Twitter and Facebook platforms, beginning at 8 p.m. ET. The show includes Logan Paul and NFL Pro Bowl wide receiver JuJu Smith-Schuster and features "Black Carpet" interviews with celebrities.

How to watch, live stream Jake Paul vs. Gib

The Jake Paul vs. Gib fight will be streamed exclusively on DAZN in the United States and Canada instead of YouTube or traditional TV channels.

DAZN can be streamed on a number of different systems, including, but not limited to, Amazon Fire TV/stick, Android, Apple TV, Google Chromecast, iOS, Playstation 3, Playstation 4, Roku and Xbox One. Viewers can also find it on DAZN.com using browsers like Chrome, Firefox, Internet Explorer and Safari.

New for this fight season, Comcast customers can sign up for DAZN on Xfinity Flex and X1.

For more information on how to watch the fight on DAZN, click here.

In the U.K., the fight is being shown on Sky Sports.

How much does the Jake Paul vs. Gib fight cost?

Along with DAZN live events, subscribers are given access to highlights, replays, behind-the-scenes features, original shows and live reports.

For current subscribers, the fight is included at no additional cost.