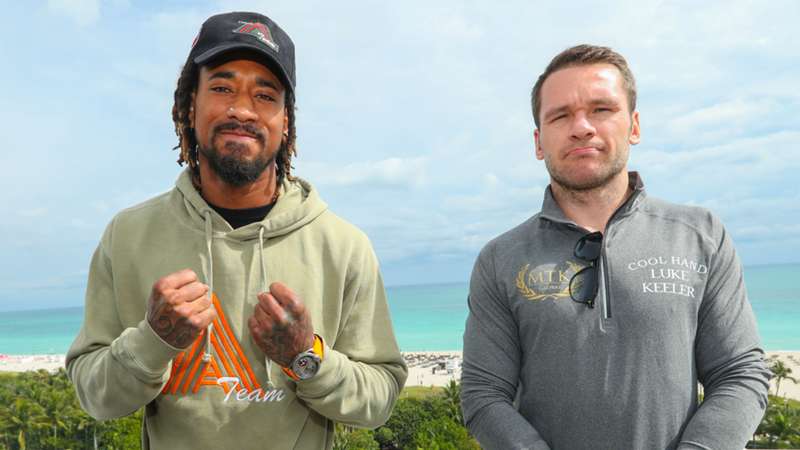 In the meantime, the WBO world middleweight champ will try to keep disposing the other boxers in front of him. Andrade will make his third straight title defense when he faces Luke Keeler at the Meridian at Island Gardens in Miami on Thursday, Jan. 30, and live on DAZN.

“There are major fights for me in the middleweight division,” Andrade said in a press release. “Those are the fights I want and I’ve been very vocal about it. At the end of the day, I just need to keep winning. They can’t avoid me forever. On January 30, we have to take care of business against Luke Keeler. He’s tough and he’s coming to fight, which will make for a great night of action for the fans in Miami and everyone else watching around the world on DAZN.”

Andrade can add star power to his name, considering the fight is in Miami during the week of Super Bowl 54, which the Kansas City Chiefs and San Francisco 49ers will play in at the Hard Rock Stadium just three days later on Feb. 2.

"Boo Boo" was active in 2019 with a 12th-round TKO of Artur Akavov in January followed by a unanimous decision over Maciej Sulęcki in June, but the bigger bouts — specifically against Canelo and GGG, who also fight on DAZN, and Charlo — continued to evade him. It's his hope that a thorough beating of Keeler will inch him closer to a title unification fight.

However, he'll have to be careful not to overlook Keeler, who has nothing to lose in his U.S. debut.

“He’s really talking himself up,” Keeler said of Andrade. “I don’t know if he believes it or he’s a bit deluded, but he hasn’t produced it in the ring yet. He hasn’t really fought anyone elite, I think he is going to overlook me, and I think he is that deluded that he believes he’s one of the greatest and he just has to turn up to win. That’s going to count against him, and I am taking that belt with both hands.

“He’s already talking about the Charlo fight, and that’s a dangerous mindset when I am coming in with my lottery ticket basically," he added. "I’m merely a hindrance to him. I don’t have a great record on paper, there’s a couple of losses on there that shouldn’t have been losses, so he can look past me."

🌴 Just Another Week In Miami

Here’s a complete guide to Andrade vs. Keeler, with information on how to watch the fight, betting odds, undercard information and more.

When is Demetrius Andrade vs. Luke Keeler?

Andrade vs. Keeler live stream: How to watch

The Andrade vs. Keeler card can be seen on DAZN, the global live sports streaming service.

Comcast customers can sign up for DAZN on Xfinity Flex or X1.

How much does Andrade vs. Keeler cost?

A monthly subscription to DAZN costs $19.99, and an annual subscription is $99.99. (In Canada, the pricing options are $20 CAD per month or $150 CAD per year.) For current subcribers, the fight is already included as part of your plan.

DAZN subscribers can live stream the Andrade vs. Keeler card and dozens of other live events and original programming included in DAZN's multi-sport offering.

Where is Andrade vs. Keeler taking place?

Andrade vs. Keeler will take place in Miami at Meridian at Island Gardens, a venue constructed for Super Bowl week events. This will be Andrade's first fight in the state of Florida. Meanwhile, Keeler has fought all 20 of his pro bouts in Ireland and the United Kingdom, and will be making his U.S. debut.