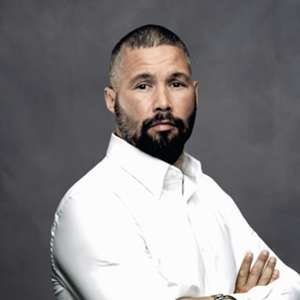 Tony Bellew is an English former professional boxer who competed from 2007 to 2018, and can now be seen on DAZN as an expert analyst. He held the WBC cruiserweight title from 2016 to 2017, and challenged for the undisputed cruiserweight championship in his final fight. At regional level, Bellew held the British and Commonwealth light-heavyweight titles between 2010 and 2014, the European cruiserweight title from 2015 to 2016, and is a three-time ABA heavyweight champion as an amateur. He portrayed antagonist boxer Ricky Conlan in the 2015 hit Rocky Balboa movie, Creed.